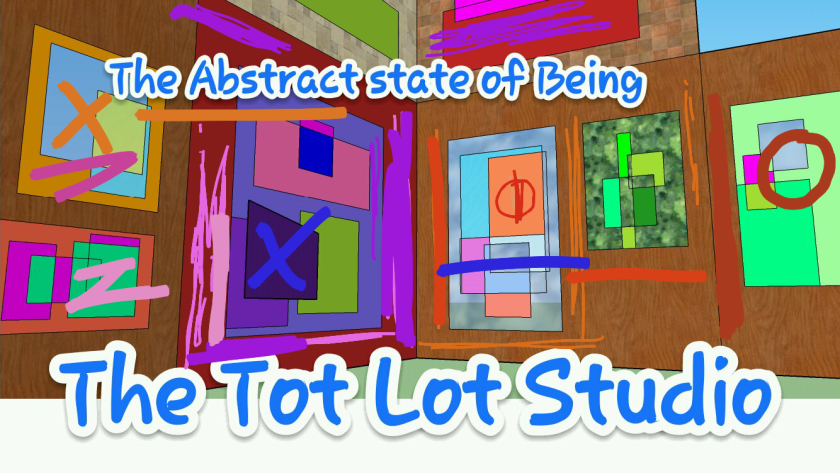 The long history of the Tot Lot demands an uncommon level of attention and patience; I hope my good readers might bear with this convoluted tale about a tiny children’s playground in the heart of Whimsical Winslow.

The Tot Lot tale extends as far back as 1997, when Randy Varga sold the property to the City  with a “Declaration of Covenants, Restrictions and reciprocal Easements” which specified the property be preserved as a park.  He also called  for the preservation of a lovely art studio which I occupied rent-free as an artist-in-residence and caretaker–though my caretaking often fell short with all the demands of creating art.

It was a time when our last elected Mayor held a prominent position on the Kitsap Regional Coordinating Council– though that detail is perhaps merely coincidental–after all, my significant other says I watch too many detective movies, and such things are only natural with all the demands of leadership and the equivocal nature of the greater good.

Despite the prohibitions clearly spelled out in the Declarations, outcry of concerned citizens, several emails citing restrictions, heated Parks Board meetings, and a front page article in the Kitsap Sun, the studio was destroyed in 2011, just two years after it was transferred to the good, art-promoting BIMPRD–or whatever they’re called.

In February of last year, a land swap was proposed where the playground would be traded for a lot half its size on the corner of the island’s busiest intersections.  Well, you can imagine the outcry of local, island mothers over that scenario.

Truth is, a big money developer had bought two properties adjacent the Tot Lot and wanted to realize a tidy profit by consolidation, and create a greater Wyatt Cottages.  Problem is, this is a greater good that mainly benefits said developer. .

So get this, the developer and Parks sign on as co-applicants to the Design Review Board for this swap which would grease the skids for this big money project on the homestead of Winslow’s founding father, Reilly Hoskinson, who settled it God knows when.  They fill out a legal form declaring there are no impediments to this swap, though–because of the brouhaha less than 5 years before–they obviously knew of the 1997 restrictions.

So I give Val Tollefson a copy of the restrictions and the Council halts the swap, reminding Parks of their obligation to honor terms of the transfer. 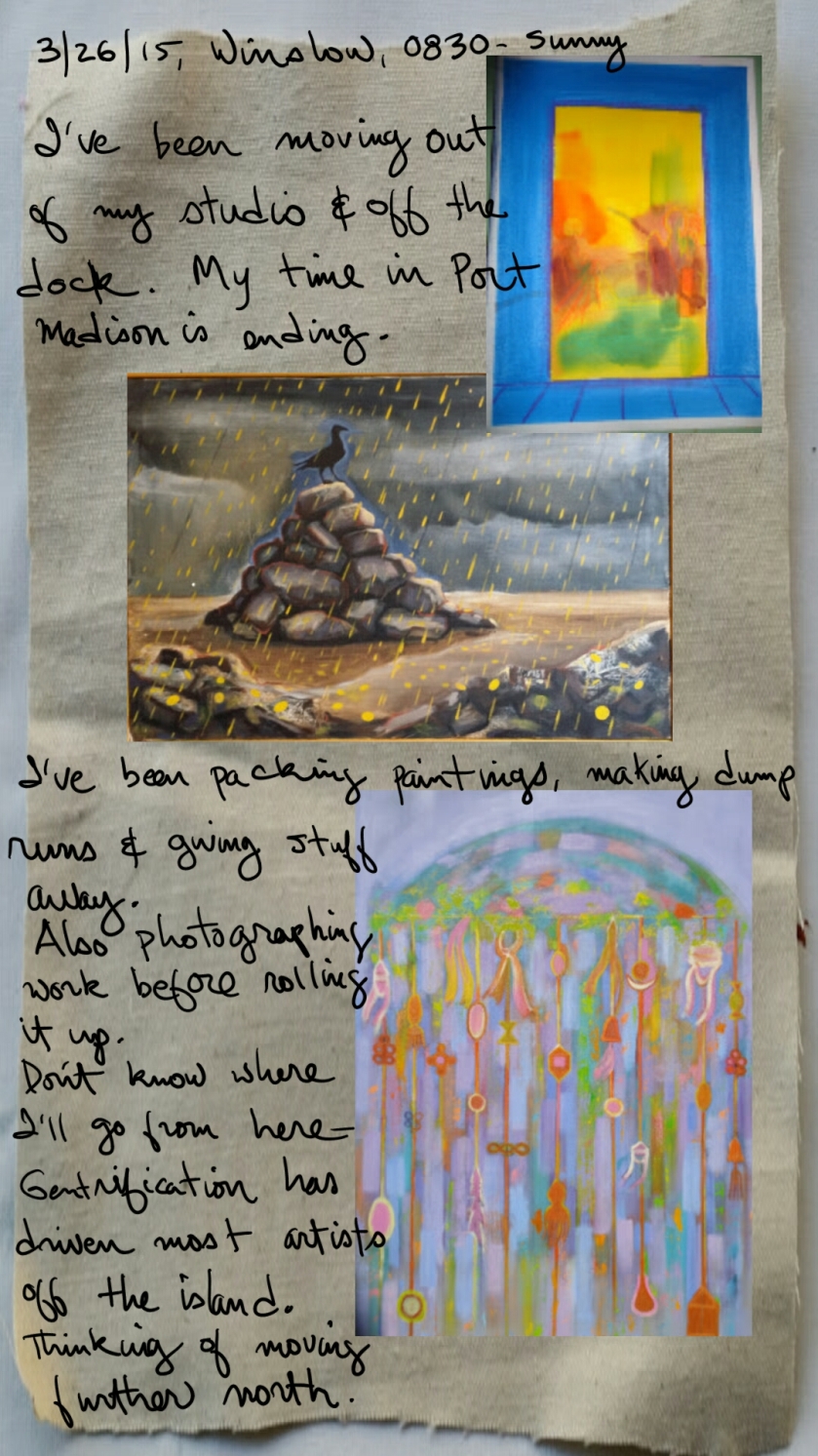 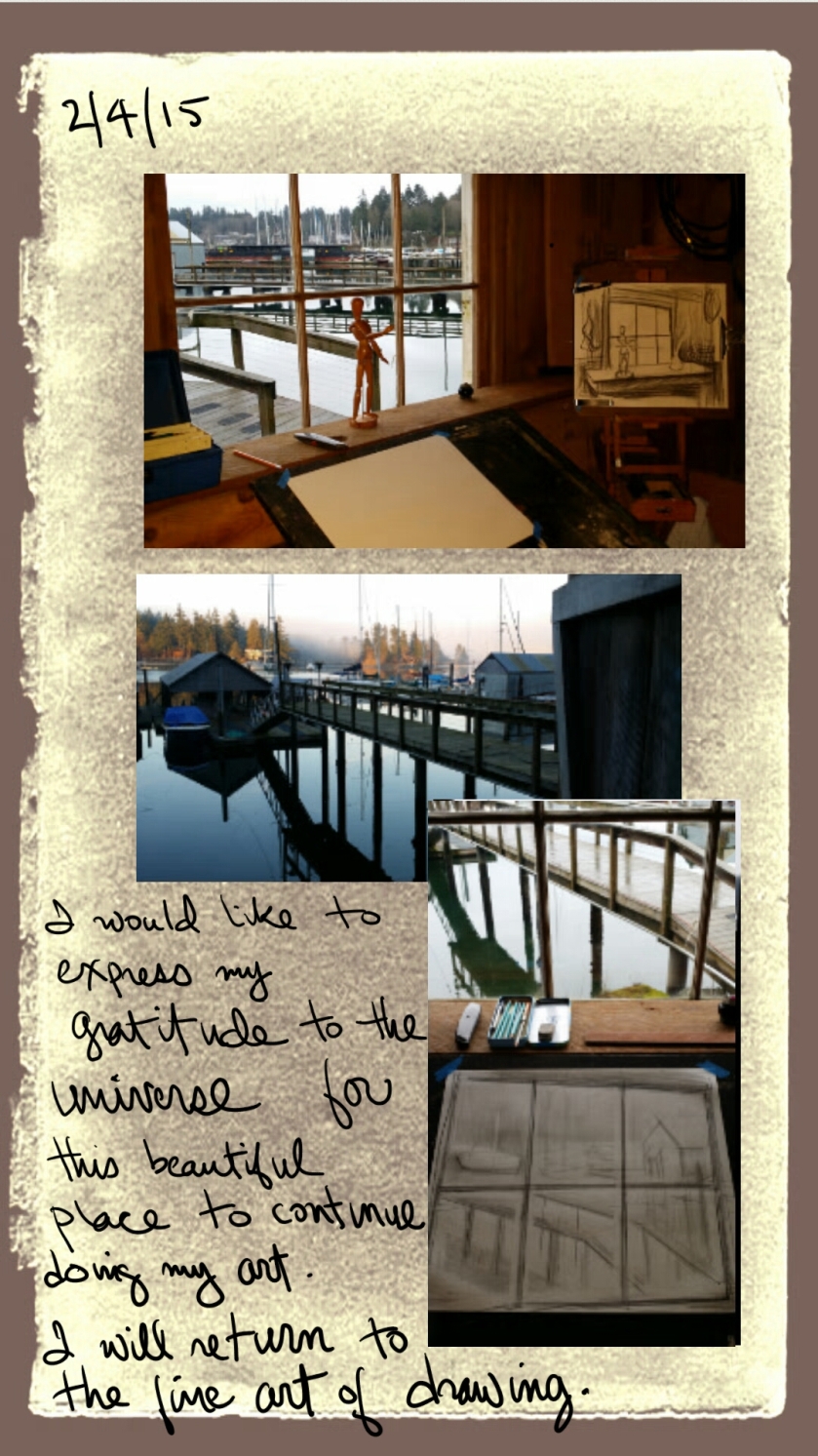 My work with collage has led to a new way of painting.  This one is still in progress.  It’s in acrylic, a medium that demands  much different handling than oils and works well with the flat, fragmented character of collage. 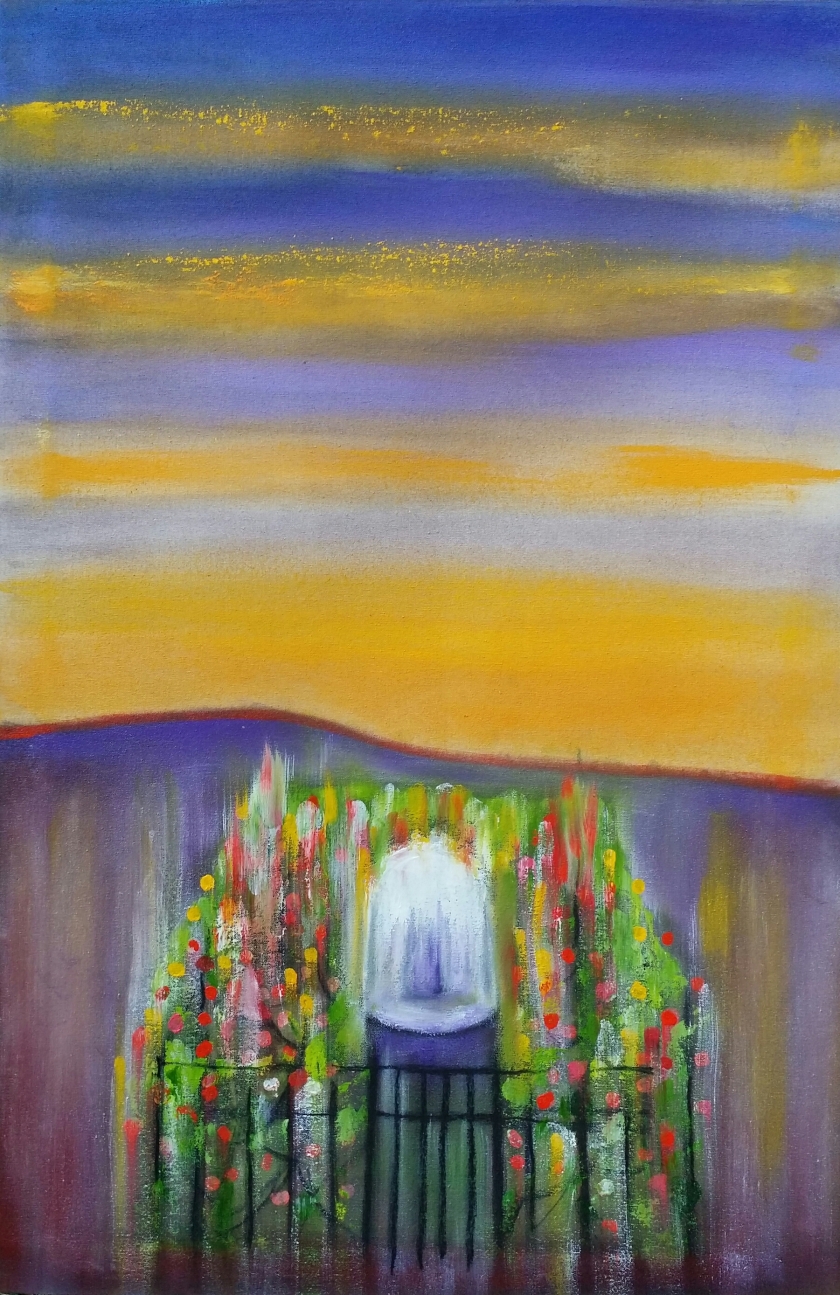 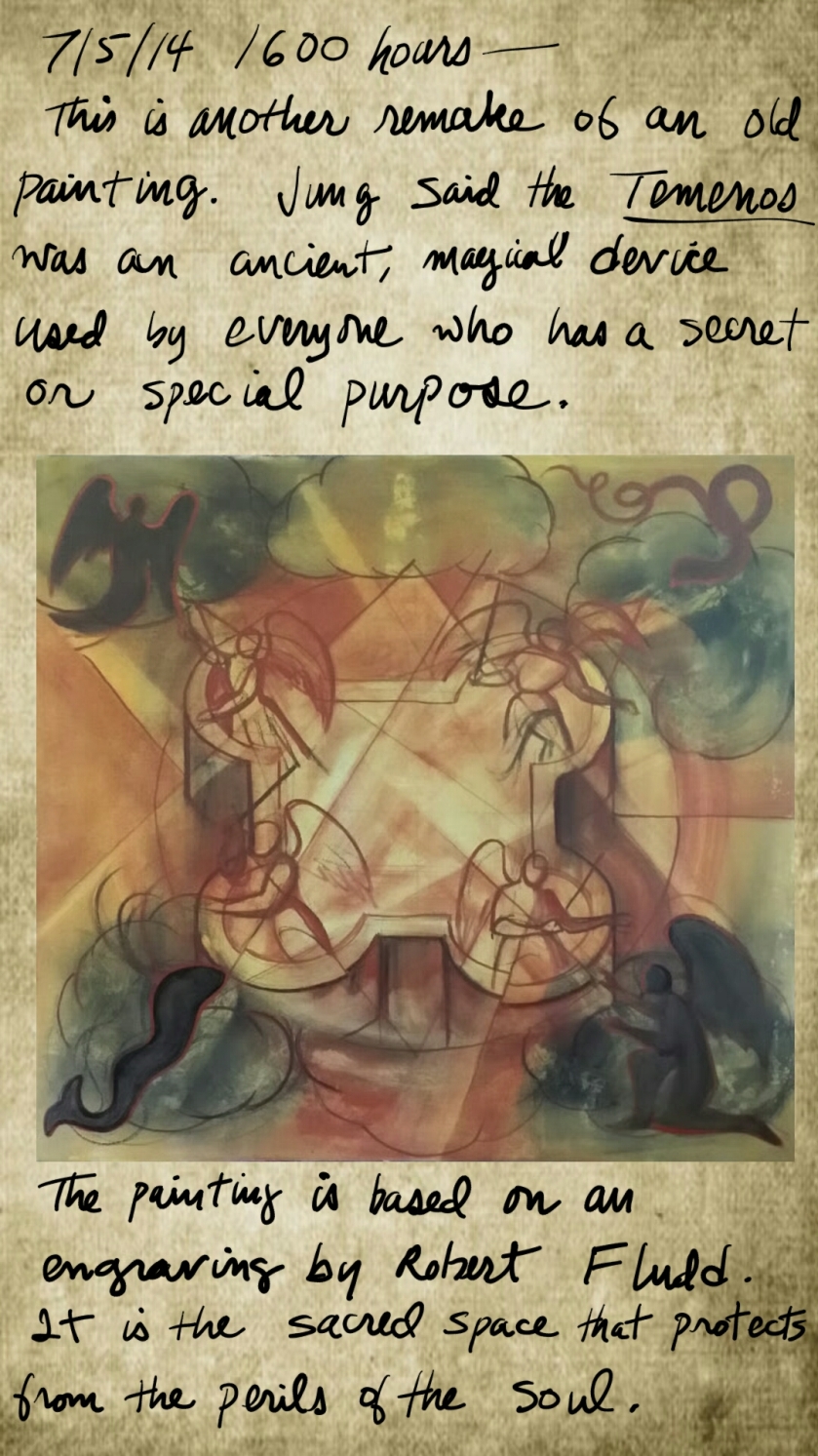