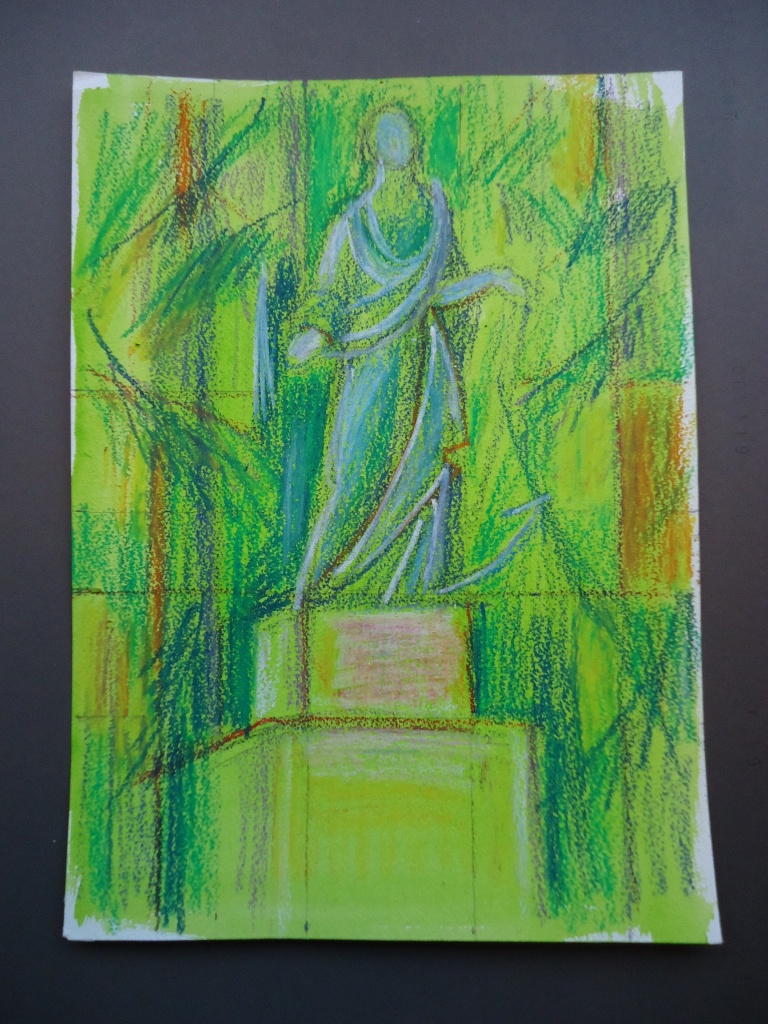 My boots are heavy with the soil of Thatcher Farm. This is the foundation from which I begin this homage to a hallowed place, and invoke the Genius Loci of the old harbor community I’ve come to call home.  Among last year’s pumpkin vines I sift the refuse of common household 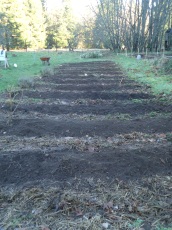 objects. To ground this narrative I reach across time and make contact with the elders through the humble detritus of everyday life.  I touch cup fragments once held in living hands around the faded embers of the ancestral hearth. 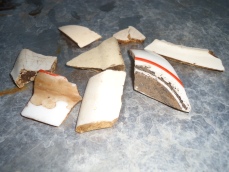 There is also the secret record.  It’s a spiritual history that, some say, dates back to the Rosicrucians, who preserved the remnants of Solomon’s wisdom.   But we must forego linear chronology to enter the transhistorical and poetic record of events that transpire in the soul.
Just down the road is Kane Cemetery.
Many of the headstones of Port Madison’s founders are inscribed with Masonic symbols. This secret society played a major role in much of Port Madison’s early cultural and artistic history. The Kane No. 8 Masonic Lodge Hall was situated on a dock in the town center. It was said that Edwin Booth performed there.  I can’t verify this, but a world where the great actor brought his melodious interpretation of the Melancholy Dane to sleepy Port Madison is a world I prefer to live in. He did perform in Oregon territory.

I read of a production of Cinderella  staged by the MacDonald sisters in the Hall. I find the choice of this particular tale for the entertainment and edification of the community significant. It was, for a time in the mid 19th Century, the myth which inspired the rough and tumble loggers and mill hands toward loftier goals than decimating forests, whoring and drinking. A wild west mill town staged a pageant honoring the Anima. “The Anima of man,” writes Jung, “has a strongly historical character. As a personification of the unconscious she goes back into prehistory…she provides the individual with those elements that he ought to know about his prehistory.”

The curtain rises on a poor maid covered in ashes.  She fans the faded embers of a secret tradition based on humility and good works, preserving in the vestal flame an esoteric knowledge of salvation.

Jacob Boheme says :  “The inner light is the natural ascent of the spirit within us which at last illuminates and transfigures those who tend it.”  She ascends by degrees (symbolized by her changes of clothes) to her royal estate and abides among the envoys of supernal light. Swedenborg, in his Concordance, says that shoes correspond with the lowest natural things and that beautiful shoes symbolize the delight of making oneself useful. This has long been the Freemason’s credo.  She teaches us that we are exalted through selfless servitude. Her lost shoe forms a link between her role as humble servant and her radiant heavenly counterpart. This ascension provides a model for the spiritual adept.  Perhaps these mysterious changes of raiment are reflected in the robes of office and pageantry of Masonic Rites.

Lost in these speculations, I return to till the soil.  Maybe I’ll find more spiritual artifacts or the way to elevate this arcane history by tilling the rich soil of good works.